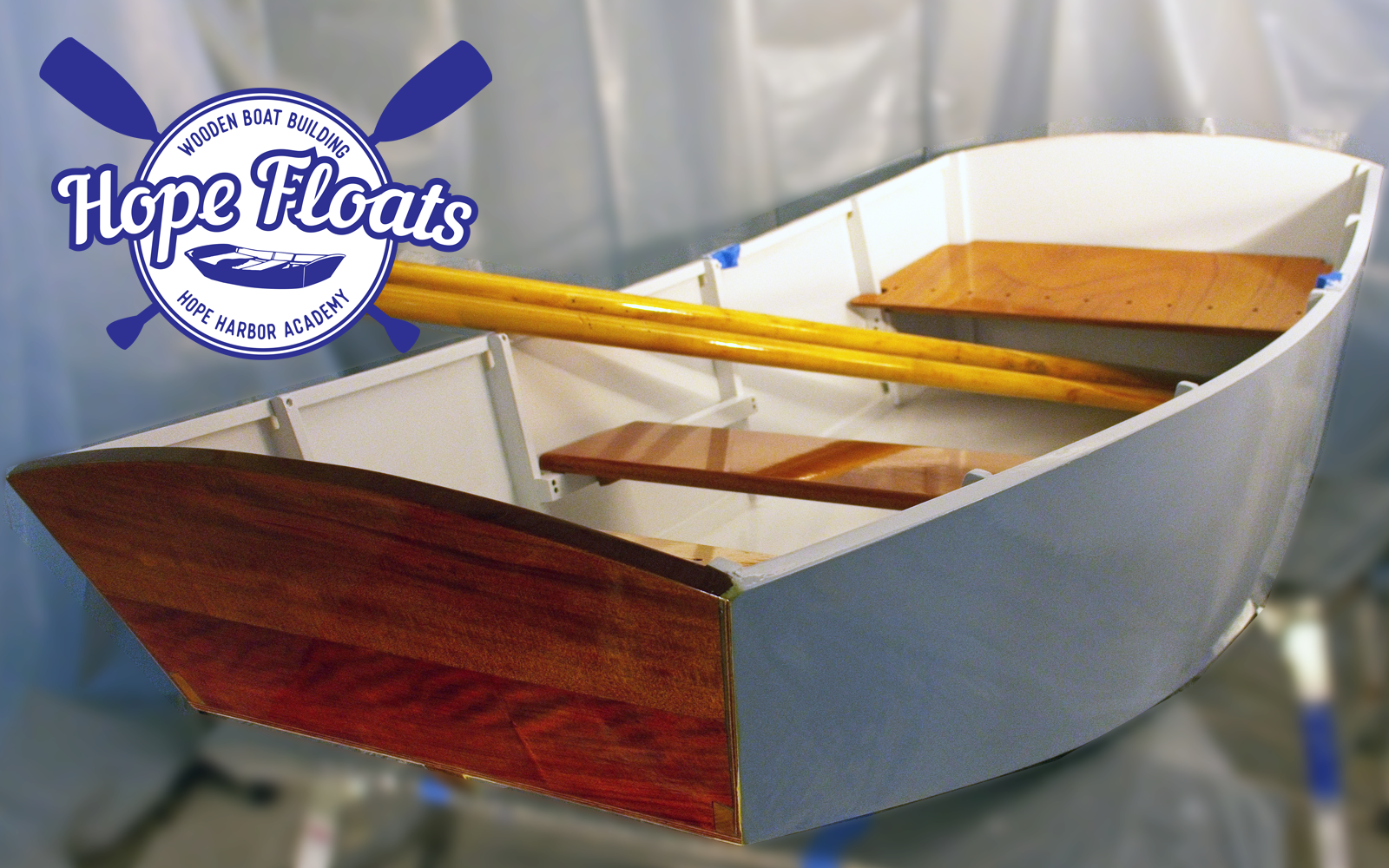 BUY YOUR TICKETS TODAY FOR YOUR CHANCE TO OWN THE HHA HOPE FLOATS BOAT!

HHA Students Learn the Skills Needed to Build a Boat!

The fall semester at Hope Harbor Academy offered a variety of study areas beyond the core curriculum, and one of the most exciting was the boat-building class offered on Friday afternoons.Students who took this class applied their math skills as they learned to measure accurately, and to calculate angles, slope, and water displacement. Their training also included properly using hammers, nails, screws, saws, planes, and even a few power tools.

Several members of the local sailing community, under the leadership of Dave Lehman, volunteered to work with the students each Friday.The first thirty minutes of the period were spent in the classroom preparing for the day’s work with videos, illustrations, discussion, etc. The following ninety minutes were spent in hands-on building. The work went in stages from creating the mahogany transom and bow and framing, to steam-bending the chine; from attaching and hand-planing the sides and bottom, to priming, painting and finishing the brightwork.

HHA student, Bradley, said “I enjoyed the interaction with the volunteers, and I learned a lot, like what it takes to build a boat that won’t sink, and that precision counts.”

The product of all that hard work was a sleek three-seat dinghy from a 1946 Midge design. At the end of the semester, the students and volunteers took the finished boat out on the water to christen it and put it through its paces!

YOU CAN OWN THIS HAND-CRAFTED BOAT! BUY YOUR TICKETS TO BE ENTERED INTO THE DRAWING!